The new BMW 1-Series with the FAAR platform

A completely new BMW 1-series has long been in a process and is expected to be unveiled this year. It has been known that the five-door premium hatchback will be demoted to a front-wheel-drive platform, but that won’t be the whole story. New details indicate it won’t be the UKL architecture that underpinned the Minis as well as BMW’s own X1 (the 2 Series Active Tourer / Gran Tourer minivans) and the China-only Series 1 Sedan.

According to Autocar, the new BMW 1-Series platform will be derived from the UKL, named “FAAR” (from “Frontantriebsarchitektur” a front wheel architecture). This is straight facts. More than just rumors, this is Information British journalists received from the head of the development department of BMW, Klaus Frohlich. BMW’s head of development said that the new platform will benefit from increased modularity, and the flexibility to support full-electric drivetrain and battery combinations, an advancement that will bring it in competition with Tesla, and other electric car manufacturers.

This is a big step towards the future, considering that BMW is now one of plenty of automobile manufacturers with plans to electrify its future.

With competition from GM, Audi, Mercedes-Benz, Jaguar, Kia, Volvo, and of course, Tesla, the implementation of the modular FAAR platform is part of an upward trend in the luxury car market to replace gasoline engines entirely.

The publication specifies that the FAAR was developed with the installation of an all-wheel drive xDrive, which should become the standard for the top models of the BMW 1-series: M130iX M Performance, the AWD hot hatch will allegedly arrive in 2020 with a reworked turbocharged 2.0-liter gasoline engine developing somewhere in the region of 300 horsepower. The “hottest” member of the 1-series family will follow in the footsteps of VW Golf R, Audi S3, and the future Mercedes-AMG A35. But, there is no need to pin hopes on the M1, since BMW has previously stated that their front-wheel-drive cars will not receive full-fledged M versions.

According to Autocar, the 1-series hatchback will be the first of six new BMW models that will ride on the FAAR platform. 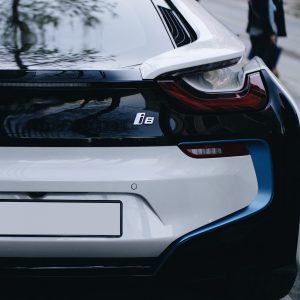 The future is definitely something the car community should look forward to. No matter what your opinions are on All-Electric Motors, there is a clear advantage in planning to implement this technology in the future. All-Electric, or even Hybrid Models, will boast faster, record-breaking speeds, lower centers of gravity, and increased maneuverability and response time, among other things. What do you think? Do you think that this is a good idea on BMW’s part? Give us a call and let us know your opinion!

Have a sweet ride for us to fix? Have any questions? Leave your information below and well get back to you ASAP!